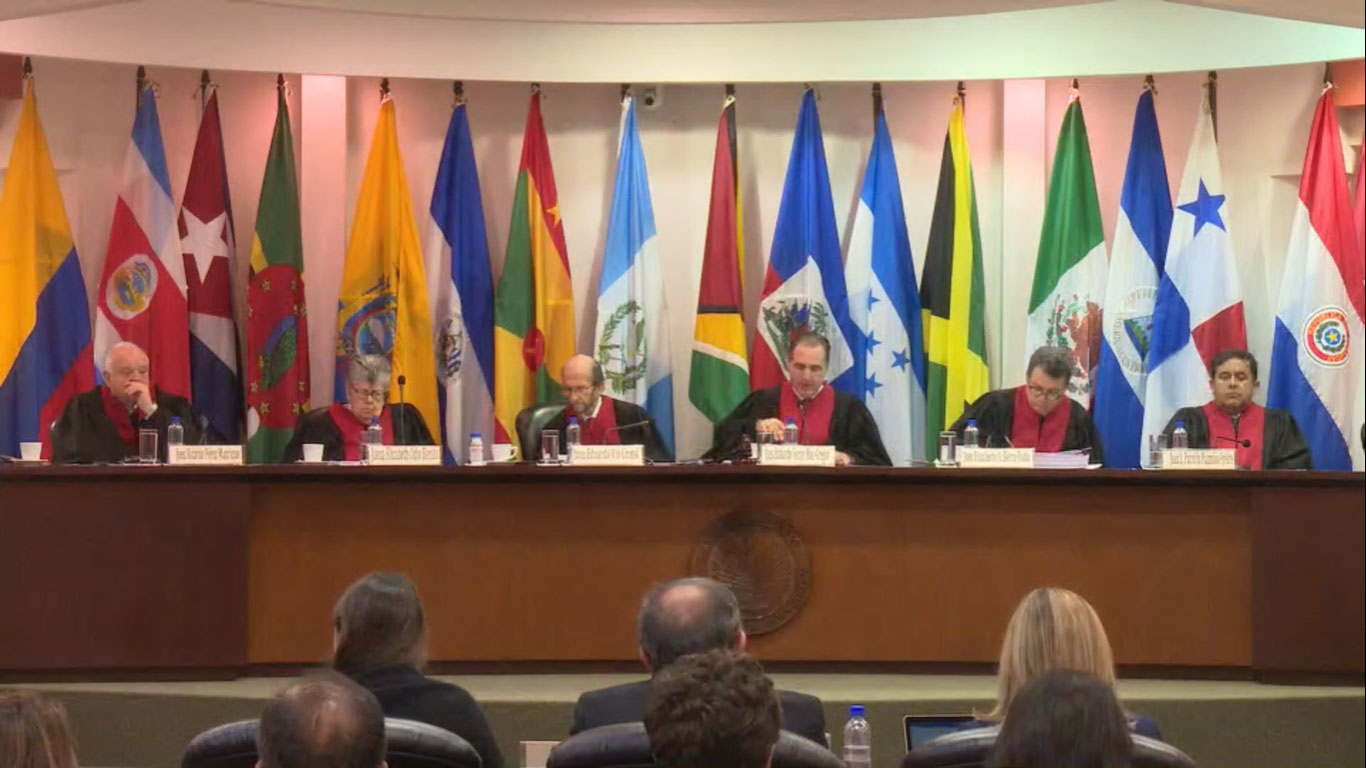 09 Jul The protection of lands and territories of indigenous peoples through human rights: the controversy raised in the case of Lhaka Honhat (nuestra tierra) v. Argentina.

In February this year, the Inter-American Court of Human Rights set a new and controversial precedent about the protection of the right to land and territories of indigenous peoples. This regional Court, since its first ruling on the matter the Awas Tingni v. Nicaragua case in 2002, has developed various standards for the guarantee of these rights, all of them linked to article 21 of the American Convention on Human Rights, which is the right to property.

The nomadic indigenous communities that are members of the Lhaka Honhat association have lived in the Argentine province of Salta, near the border of Bolivia and Paraguay, since the beginning of the seventeenth century. On August 4, 1998, these communities filed a complaint before the Inter-American human rights system. The goal of this complaint was to guarantee their right to communal property over lands that, although recognized by the Argentine State, weren´t effectively handed over. This was due to the failure in the relocation of the non-indigenous peasant population (criollos) that has lived in that same region since the beginning of the 20th century (paras. 117 and 187). They also claimed the violation of their rights to a healthy environment, food and cultural identity, because of the process of environmental degradation caused by overgrazing of cattle, illegal logging of forests and the installation of barbed wire inside their lands (paras. 186-189). 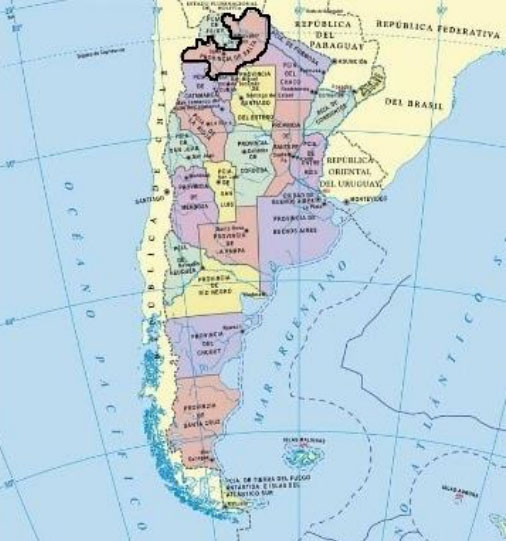 Lands of the indigenous peoples who are members of the Lhaka Honhat Association
Source: image taken from the ruling

In order to recognize the violation of these  rights, the Court separates the right to land, which is declared to be a violation of  article 21 of the Convention (right to property), from the right to territory, which is linked to article 26 of the same instrument, that is, to economic, social, cultural and environmental rights (hereinafter “ESCER”).

The right to communal property recognized by article 21 of the Convention, as expressed by the Court, would imply the “granting of a formal title of ownership, or other similar form of State recognition, which would give legal security to indigenous land tenure against the action of third parties or agents of the State itself” (para. 115). On the other hand, the impact on natural resources (on the territory) caused by the environmental degradation proved in the case, in the Court’s view, constituted a direct violation of their rights to a healthy environment, to adequate food, to water and to cultural identity (paras. 201 and 289). Specifically, the Court noted that “the environment is related to other rights, and that there are “environmental threats” that can impact the food, water and cultural life” of indigenous peoples. At the same time, it declared that food is a cultural expression, one of the ‘distinguishing features’ of this social group, this is why it must be protected under the right to cultural identity” (para. 274).

The ruling also establishes specific reparation measures with respect to the violation of indigenous peoples’ ESCER.The Court ordered to the State: 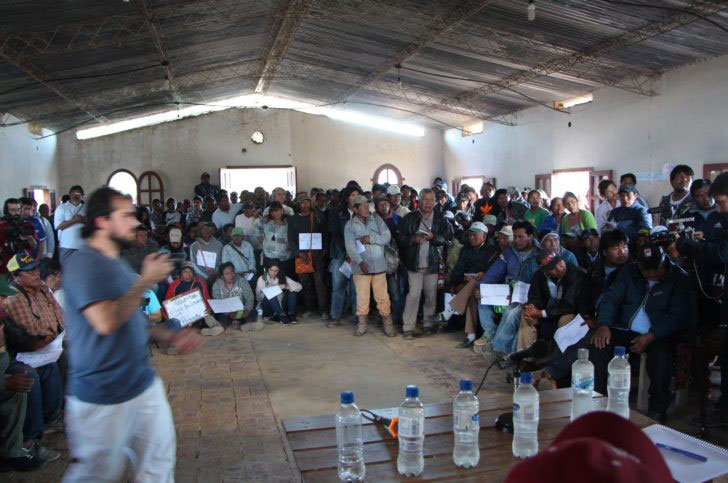 The recognition of the violation of ESCER and the specific reparation measures provided in the case, are interesting contributions to the guarantee of the rights of indigenous peoples. However, the new legal precedent on which they are based is, at least, controversial. The Court’s individualized protection of land and territory is part of an ongoing debate on the scope of these concepts and, even more so, on their legal translation. In fact, two of the judges’ individual opinions given in the case addressed this controversy.

On the one hand, Court Judge Humberto Sierra Porto is against this separation. According to his view, this new precedent doesn´t respond to the “essential anthropological and sociological foundations that describe and support the particularity of indigenous and tribal populations” (Partially dissenting vote, para. 18). While, according to the Judge Eduardo Ferrer Mac-Gregor, this precedent is an important and transcendental advance in the jurisprudence of the Court. In his words:

“Land” can include some aspects that would be protected by Article 21 from the conception of collective property. On the other hand, there is a more general concept such as “the territory” (which, although it includes land as one of its elements, is not limited to it). Thus, the territory would include other more specific elements that can be protected -as in the case of Lhaka Honhat- through the rights protected by article 26 of the American Convention in relation to social, cultural and environmental rights (concurring opinion, par. 12).

In this sense, the separation makes it possible to protect the various components that are part of the concepts of land and territory in a differential way. It means that:

Many violations to their cultural life may be linked with the free enjoyment of the territory, but not in all cases necessarily with the right of property. And, also, there could be violations to the rights of indigenous or tribal peoples which, being linked to territory, can best be analysed on the basis of rights other than property (Concurring opinion, para. 40).

Resources such as water, products that are part of the traditional diet and the natural environment, as a form of cultural expression and identity are, according to the Court, part of the concept of “territory”. Thus, “territory”, unlike “land”, as stated this second judge, “is much broader and more comprehensive from the point of view of the worldview of the indigenous communities given the close relationship they have with their territory”.

The debate raised by both judges is undoubtedly a particularly complex and important issue regarding the future of the protection of the rights of indigenous peoples in the inter-American system. This division of land and territorial rights creates a structure whereby it is no longer indispensable to interconnect the two rights. For this reason, and as a point in favour, it could allow in future cases the protection of components of nature with which indigenous peoples are related, beyond their land, e.g. beyond the geographic extension that makes up their property. However, it also makes it possible to recognize the violation of their right to have access to their natural resources, without recognizing indigenous peoples’ right to property, that is, the exclusive control over their lands. This second scenario is even more complex given the growing tension between the rights of indigenous peoples and the interest in environmental conservation of their lands through the creation of natural parks.

The ruling is also a landmark case for another reason: it is the first contentious case in which the Court declares the violation of the right to a healthy environment as an autonomous right. This right  “protects the components of the […] environment, such as forests, seas, rivers and others, as juridical interests in themselves, even in the absence of certainty or evidence of risk to individuals” (Case of Lhaka Honhat v. Argentina para. 203 and Advisory Opinion 23/17, para. 62). This new judgment does not go as far to develop the content of this right. However, the idea of nature as a new subject of protection plus the division of the land and territory rights may provide a new framework and arguments in favour of nature reserves located in indigenous territories.

For these reasons, the novel division between on the one hand the right to land and on the other hand, the right to territory, presents opportunities and doubts. First, specific criteria must be articulated regarding the conceptualization of what should be understood by “territory” within the inter-American system. If this concept is not adequately defined and its application is not clearly delimited, the risk may arise that its conceptualization will go so wide that it not only collides with the right to land, but also gradually diminishes it. Second, it is important to remember that the guarantee of the right to communal property is of immediate fulfilment, while the guarantees of the ESCER are of progressive fulfilment. For the above, if future cases are resolved by using the right to territory, together with economic, social, cultural and environmental rights, however without including the violation of the right to property, the effectiveness of the Court’s jurisprudence so far regarding the immediate guarantee of the rights of indigenous peoples may be threatened.

Digno Montalván is an associate PhD researcher in the RIVERS project. He has a master’s degree in constitutional law and is a pre-doctoral researcher at UC3M within the project “Judges in Democracy: The Political Philosophy of the Inter-American Court of Human Rights”. He is currently developing a PhD research about “nature and human rights: anthropocentrism and ecocentrism in the jurisprudence of the IACHR”. Digno is also member of the research group on law and justice (GIDYJ). His research lines are: rights of nature; ecocentrism; legal pluralism and intercultural interpretation.

The full video of the seminars of Young researchers on “Nature and its Rights” is available here: rivers-ercproject.eu/media