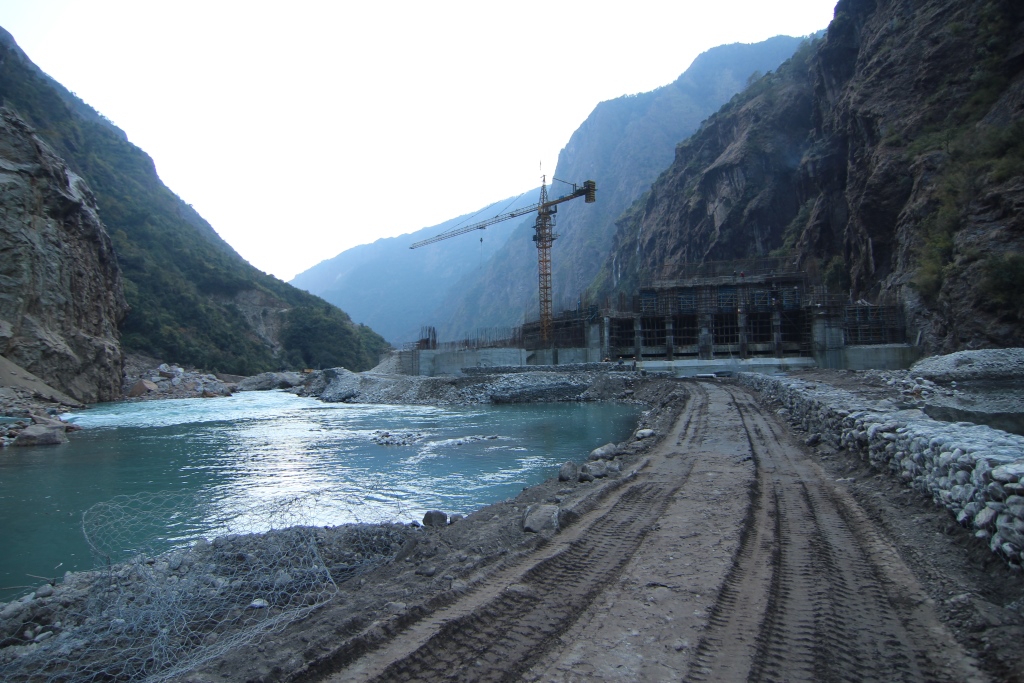 By Stella Terjung, based on the collective brainstorm of the RIVERS team

On September 20th 2021, many flows of thought joined together as the RIVERS team gathered for their monthly Internal Reading Seminar. This session’s discussion, planned and moderated by Austin Lord and Diego Padilla, was centred around the concept of ‘hydro-extractivism’ and used a diverse set of texts to map out modes of extractivism and water-based conflicts in different comparative contexts. Reading seminars are just one of many ways in which the RIVERS team constructs interdisciplinary dialogues, as we seek to learn together and from each other. In the past, we have discussed a variety of other themes: ranging from decolonial theory and the contours of institutional/epistemic racism to the role of knowledge brokers, ontological turns, and regimes of legal pluralism.

A topic as multifaceted as hydro-extractivism provided an array of discussion points, but four main themes guided the conversation. First of all, a  focus on comparative analysis between Latin America and Asia – which helped reveal important parallels and contrasts between RIVERS’ different research programmes in Nepal versus Colombia and Guatemala. A second theme that unfolded was how extractivism plays out at multiple scales. Thirdly, this exercise of collective brainstorming laid bare some crucial questions about the political ontologies of extractivism and its different guises. Lastly, the group reflected on relations between academia and activism, highlighting both slippages and potentialities. Letting different ideas on extractivism unfold was not only purposeful for RIVERS’ research objectives but also very symbolic; with Lieselotte’s first encounter with water ontologies having been in the context of indigenous debates on extractivism, this seminar traced back to the source of the project.

Shared Experiences Between the Asian and Latin American Context

The opportunity to converse on the various experiences in Asia and Latin America was compelling to all participants, with even some comparisons between Sikkim and Guatemala coming to light. There seem to be common political settings, with all three places being affected by armed conflict rooted in territory disputes. Other common patterns that emerged included certain fallacies of environmental governance: for example that ‘resources’ are infinite, that uncolonized lands are considered ‘empty’ places or the flawed premise that nature ought to be used as a commodity.

Yet, in light of the diverse ontologies of different groups, the dialogue also revealed the complexity of criticising extractivism. Comparing how extractivist networks respond to local resistance set in motion engaging discussions around the idea of benefit and risk sharing schemes and neo-extractivist regimes. Both regions share the historical experience of dispossession, accumulation and looting at the core of colonialism and neo-colonialisms. What the Asian-American comparison showed was that both colonialism and internal colonialism operate along the hegemonic logic of extracting “from periphery to centre”.

The many Faces of Extractivism: on the Importance of Scale

The assumed dichotomy of periphery and centre led the discussion to focus on comparing modes of hydro-extractivism at different scales (from the local or subnational to the international) as well as the different political configurations and networks that shape conflicts over waters imagined as resources. Networks for extractivism involve actors at all levels from locals to nationals and international. Given the fractal nature of riverine and hydrological flows, hydro-extractivism is particularly intangible and can thus play out at multiple scales, from different kinds of centres and peripheries. The critical dialogue revealed that scales of water extractivism are so diverse that it can range from water extractivism for purposes of local agriculture to large scale projects including irrigation projects, overpumping or the exhaustion of aquifers. Key questions are how (nation) states relate to these different scales of extractivism, but also how liberal politics can be escaped; many of the large scale projects are promoted in the name of development and the frame of international policies, however can we cease talking of an extractivist regime when the benefits are shared?

What is the Ontological Status of a Resource?

Diverse visions about what is being extracted need to be incorporated into the concept of extractivism – water, for example, is certainly more than a mere resource or commodity. What stood out loud and clear from the group reflection was that the concept at stake begs the question of what it is that is being extracted. In academic debates around dispossession, accumulation, power relations and resource extraction, the ontology of extractivism is crucial, yet tends to be taken for granted. Different ontologies of water can constitute a link between indigenous perspectives and new forms of extractivism beyond mining and petrochemical extraction.

At the same time, to understand the impact of extractivism beyond the extracted resource, to the whole territory and its existence, a broader range of ontologically different concepts needs to be considered. To many indigenous communities, water is sacred and central to the constitution of place, not a resource. For these communities, extracting water might be unthinkable. Controversially however, a hydropower project seeks to translate water into energy, which has a different kind of ontological status. In many settings, hydroelectric generation is justified via economic rationales focused on development, and some might  mobilize rights-based discourses or the need for basic public services to obscure the water at stake. Another theme at the heart of this consideration was the role that water plays in extractivism more generally – as a source of energy or as an input into systems of production, as with irrigation. What exactly constitutes hydro-extractivism; can the term be used more encompassing to refer to any extractivism that uses water, such as mining or perhaps even agriculture? Moreover, it appears that the prefix “hydro” gives extractivist activities a technocratic guise, stripping off the sacred value water may have.

The Challenge of Academia

With the debates pivoting around multiple abstract spheres, it was a valuable reminder that anchored the topic back to the ground: one of the challenges of academia is to avoid getting entangled in overly abstract concepts. Identifying and debating categories should not be a stumbling block to generating actions where they are needed. Thinking of indigenous river defenders like Maya Q’eqchi’ Bernardo Caal, a prisoner of conscience since 2018, this grounding reminder is highly relevant.

Perhaps most important to bear in mind on the pragmatic side of things is that there is a significant difference between distinct stages of extractivist projects; it is in the planning steps, when the free, prior and informed consent of indigenous peoples should be respected, that ontological debates can be most impactful and influence the decisions around the project. Once a project goes forward, however, local ontologies tend to be ignored. What remains important to understand is how indigenous ontologies might change in the course of development and implementation of extractivist projects. A closer look needs to be taken at the evolution of water ontologies, from before the signing of the deal to the possible erosion of ontological grounds.

Ultimately, this dynamic discussion, which brought many different streams of thought together and drew from the diverse experiences of RIVERS’ members, introduced a slew of provocations and opened up many new paths for future inquiry. In November, the RIVERS team members working on Guatemala and Colombia will meet to further discuss the research progress. It will be all the more insightful to see materialise RIVERS’ exploratory research visit planned to one of the most emblematic hydro power dam projects in Guatemala.

Stella Terjung is currently conducting a research internship with RIVERS. She is pursuing her Master‘s in Human Rights Studies at Lund University, Sweden, with a research interest focusing on human-nature relationships, collective human rights and the rights of nature.

Acosta, A. (2013). Extractivism and neoextractivism: Two sides of the same curse. Beyond Development: Alternative Visions from Latin America 1 (2013): 61-86.

Lord, A. (2016). Citizens of a hydropower nation: Territory and agency at the frontiers of hydropower development in Nepal. Economic Anthropology, 3(1), 145-160.