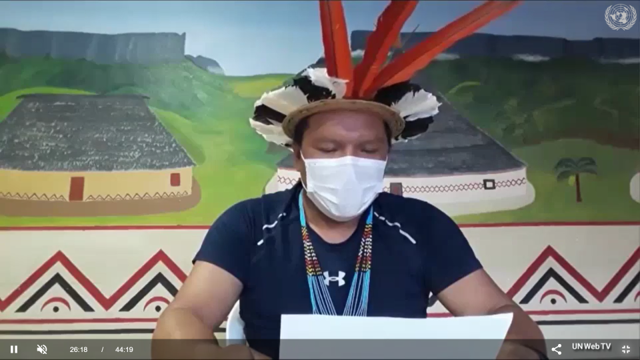 “It is a lovely afternoon in the end of July. […] Lucky visitors find their way across the hall to the windows and marvel at the beautiful view of Lake Leman [in Geneva]. Assuming that the reason for this visit is to observe one of CERD’s session, rather than a sightseeing trip through this history-laden building of international diplomacy, the visitor finally finds his/her way into the dark corridor at the left-hand side of the hall” (Kruckenberg 2012: 82). This is how Lena J. Kruckenberg introduces the readers to her ethnographic experience in the 73rd session of the UN Committee on the Elimination of Racial Discrimination (CERD).

In her ethnography, the author examines the evolution of the oldest Treaty Body on Human Rights, created in the late 1960’, drawing on an in-depth look into its microcosmos through a series of social situational analysis in the CERD’s corridors and in one of its annual session in 2008. In the first part of the book “The Unreal world of human rights”, she conceptualizes Human Rights within the United Nations frame and the monitoring role of CERD’s independent Experts in the implementation of the standards – agreed on overall beliefs and values – set in the International Convention on the Elimination of All Forms of Racial Discrimination (ICERD). The interpretation by CERD of the Convention should guide the State parties to create policies and domestic legislation in order to regulate social practices within their jurisdiction. CERD’s primary source of information are the regular reports provided by the State members which highlight their advances, as the struggles are not commonly put at the official table. Although they do not formally take part in the CERD’s sessions, in the last three decades non-governmental organizations (NGOs) have been increasingly providing other point of views about the national and local realities to the monitoring process through their shadow reports, as already noticed in Kruckenberg’s analysis in 2008.

In the 1950’ and 1960, colonialism, holocaust and apartheid put racism at the center of the international debate, and ICERD came into force. However, in its early age, ICERD was considered by State members as merely a foreign policy towards an external racist situation produced in a specific social structure (such as Nazism in Germany), and not as a domestic issue present in most if not all societies. So, the “willingness of states to create international human rights standards while avoiding any supervision shaped the approach to human rights monitoring” (Kruckenberb 2021: 30). With the end of Cold War and the post-modernism turn in human rights, the rise of “multiculturalism” and the “politics of difference” shifted the emphasis of CERD from an assimilationist approach – based on the principles of universality, homogeneity and individualism – towards a “de facto equality trough the accommodation of difference” (Kruckenberg 2012: 50).

CERD’s accomplishments are then constrained by an underlying tension between its role of monitoring international pre-legal standards and the diplomatic atmosphere of political negotiation in its arena. This tension is explored in the second part of the book, in which the author walks us through the practices and discourses of three key actors in the CERD’s arena: State parties, NGOs and the Committee itself.

While State parties are moving from exclusively diplomatic exchanges to a (rarer) cooperative position, NGOs have the ultimate goal to promote indirect dialogue with their respective State representatives by using CERD’s arena to legitimate their “moral entrepreneurs’” claims. On the other hand, the information they offer to the independent Experts of the Committee provide closer perceptions at the domestic issues that are under discussion. Lastly but not least, the Committee is a monitoring human rights body created by States to monitor the implementation of an international human rights convention, so it’s not surprising that it fluctuates between political and legal assessments, as part of its own nature. 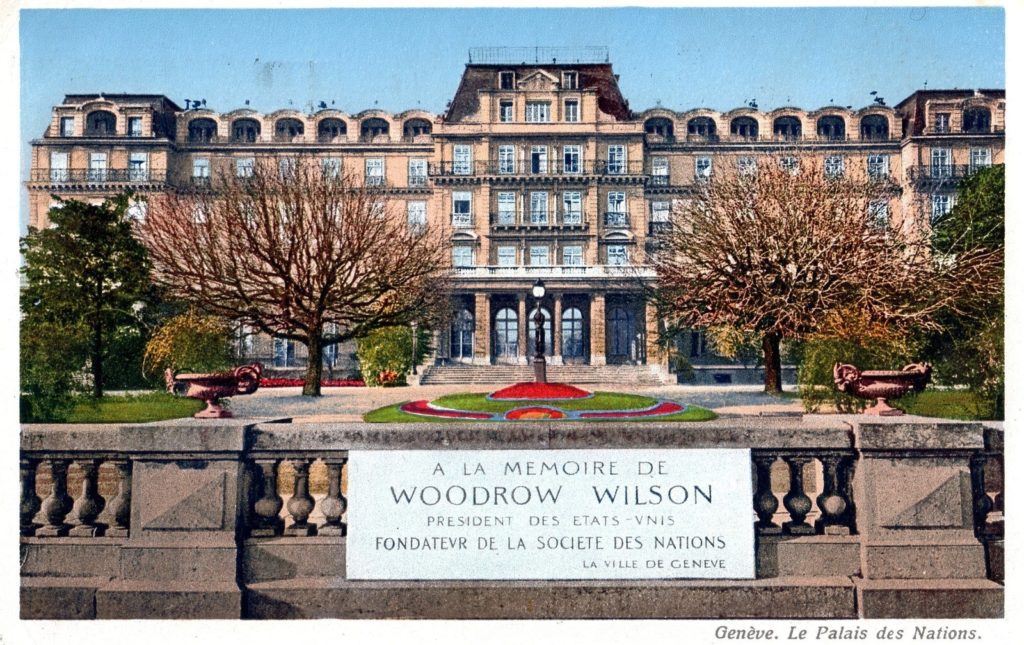 Misunderstandings in the UNreal world

It was a cold afternoon in late September of 2020, when the Annual Panel Discussion on Indigenous Peoples’ Rights in the 45th session of the Human Rights Council (HRC) began. I didn’t have the tourist feeling as Lena Kruckenberg had because I was attending the meeting from my home in São Paulo, Brasil.  Due to the COVID-19 outbreak, this year’s session was partially held online. Beyond the iterant technical problems, it was not possible for an online observer like me to perceive the reactions of the other participants during the statements, as it was only possible to follow the image showed in the screen. Despite these limitations of conducting a digital ethnography, it was still possible to note some conflictive conceptions that arose during the discourses.

Unlike the CERD’s sessions, in the annual panel and in the Interactive Dialogue (ID) with the Experts Mechanism on the Rights of Indigenous Peoples (EMRIP) and with the Special Rapporteur on the Rights of Indigenous Peoples (SR) 2, States and NGO representatives participate in the same arena. In this 45th HRC session, the Brazilian case reminded me strongly to some of the issues described in Kruckberg’s book.  Brazilian representatives had the wider participation in the events concerning indigenous peoples’ rights, being in terms of complaints and of official representations and replies, and evinced a broad polarization of discourses. From one side, eight NGOs denounced the different attacks from the Bolsonaro’s government towards indigenous peoples in several regions. While the government delegation labeled these denounces as “misunderstandings” of the governments’ intention. 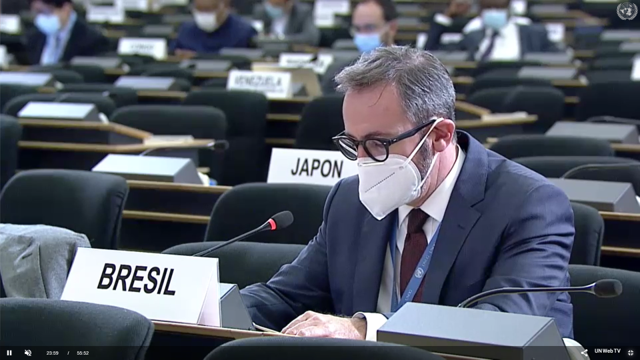 Image 2: Mr. Sérgio Rodrigues dos Santos, representing the Brazilian State delegation in the Interactive Dialogue with the SR on the Rights of Indigenous Peoples of the 45th HRC session. Credits: print screen by the author

One striking example was the State delegation’s statement regarding the collective right of indigenous peoples to free, prior and informed consultation and consent. In the ID with the EMRIP, the Brazilian State representative stated that “the misinterpretation on the ILO 169 subverts the high hierarchy of the international law system. […]. We believe there is a question that has to be asked in this case: is the General Assembly resolution a legally binding instrument able to create international obligations to member states? We do not think so”. This position was reinforced during the ID with the SR as another member of the Brazilian delegation stated: “We are bound by the convention, but we cannot accept the General Assembly resolutions overrule or amend our international legal obligations. And we believe this kind of confusion hinders a wider participation of States”. It became clear to me that by considering the exposed conflicts as just matter of a misunderstanding between the government and the indigenous peoples, the Brazilian State assumes that other narratives different from their own don’t correspond to the reality (from a hegemonic perspective). Further, it is an attempt to create an idea of a consensus that justifies the eradication of differences – and thus of indigenous peoples.

Kruckenberg also described remarkably the dispute of narratives of two core concepts of the Convention through six case studies (Ecuador, Namibia, Togo and others) in the 73rd session of CERD. Equality and non-discrimination were either interpreted through the principle of equal treatment and thus, of the integration by reducing the relevance of differences; and of the de facto equality, established through inclusive debate and participation on an equal footing. In Kruckenberg’s ethnography, the then Brazilian member of CERD claimed the assimilationist approach by repeatedly criticizing the emphasis made by his Committee colleagues in the indigenous peoples’ collective rights as “potential threat to state sovereignty”, which according to him, would deviate from the ICERD standards 3. The following excerpt exemplifies his position: “The fundamental aim here is national unity; the problem is tribalism. My colleague stressed the importance of cultural differences and their protection (…). But should we really insist on these differences? I think we need integration into one nation regardless of the background” (Kruckenberg 2012: 146). 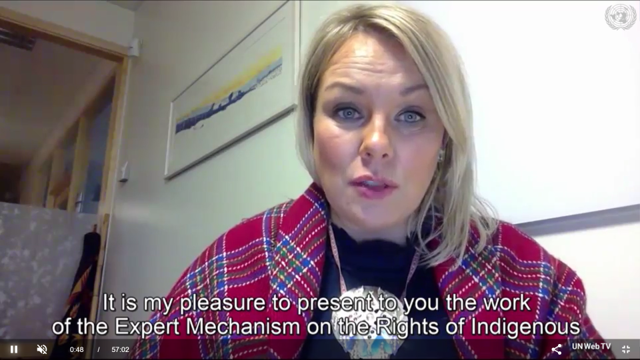 Image 3: Ms. Laila Susanne Vars, Chair of the Expert Mechanism, doing her introductory statement in the Interactive Dialogue with EMRIP of the 45th HRC session. Credits: print screen by the author.

Drawing on our ethnographies, the underlying question in all cases is whether these “misunderstandings” are an issue of misconception or if they are a consequence of conflictive political positions of different stakeholders (strategically) representing their own interests in the same arena.

Although EMRIP, the SR and CERD have specific mandates and different dynamics, the independent Experts have the common challenge to achieve real changes in these international arenas on human rights. Kruckenberg highlighted the unlikeliness of the monitoring dialogue to be constructive, as it will be invariably charged with diplomatic concerns as well as the difficult to directly access local realities (partially covered by the increasing participation of NGOs – and the country visits in the EMRIP’s and SR’s case). To conclude, I would add the inherent limits of setting up a common-ground of conceptions to completely overcome political interpretations and (mis)leadings. To be aware of these implicit conditions is, as Kruckenberg suggests, “to perceive the UNreal as being real” in order to assess its concrete consequences.

Image 4: Mr. Maurício Tomé Rocha Ye’kwana, Hutukara Associação Yanomami from Brazil, in his recorded statement in the  on the Rights of Indigenous Peoples of the 45th HRC session. Credits: print screen by the author.

In my PhD research within the Project RIVERS, I aim to analyze the challenges of EMRIP and the SR on the Rights of Indigenous Peoples as indigenous knowledges/ontologies brokers at the UN human rights system. And intend to discuss some pressing questions such as: Are indigenous’ complaints really being heard? Or their claims are always been interpreted as a matter of misunderstanding of the States’ will? Is there room in the international human rights arena for counter-hegemonic ontologies that challenge the States’ prospects?

1. This essay comprises a short review of the book Kruckenberg, L.J. 2012. The Unreal world of human rights: an ethnography of the UN Committee on the Elimination of Racial Discrimination. Baden-Baden: Nomos Verlangsgesellschaft. 186 p.; and ethnographic notes of the author from the meetings on indigenous peoples’ rights held in the 45th session of the Human Rights Council in 2020.

2. The Special Rapporteur (2001) was the first Special Procedure of the Human Rights Council specifically designated at addressing violations on indigenous peoples’ rights. Later, in 2007, the EMRIP was established to advise State members in the compliance to the UN Declaration on the Rights of Indigenous Peoples (UNDRIP, 2007). Their mandates are partially overlapped, but reinforce each other.

3. In 1997 CERD adopted a General Recommendation (XXIII) on indigenous peoples. In its article 4th CERD requires its state parties to ensure that “no decisions directly relating to their rights and interests are taken without their informed consent”; and in its article 5th, it calls upon the states “to recognize and protect the rights of indigenous peoples to own, develop, control and use their communal lands, territories and resources”.

This website uses cookies to improve your experience while you navigate through the website. Out of these cookies, the cookies that are categorized as necessary are stored on your browser as they are essential for the working of basic functionalities of the website. We also use third-party cookies that help us analyze and understand how you use this website. These cookies will be stored in your browser only with your consent. You also have the option to opt-out of these cookies. But opting out of some of these cookies may have an effect on your browsing experience.
Necessary Siempre activado
Necessary cookies are absolutely essential for the website to function properly. This category only includes cookies that ensures basic functionalities and security features of the website. These cookies do not store any personal information.
Non-necessary
Any cookies that may not be particularly necessary for the website to function and is used specifically to collect user personal data via analytics, ads, other embedded contents are termed as non-necessary cookies. It is mandatory to procure user consent prior to running these cookies on your website.
GUARDAR Y ACEPTAR