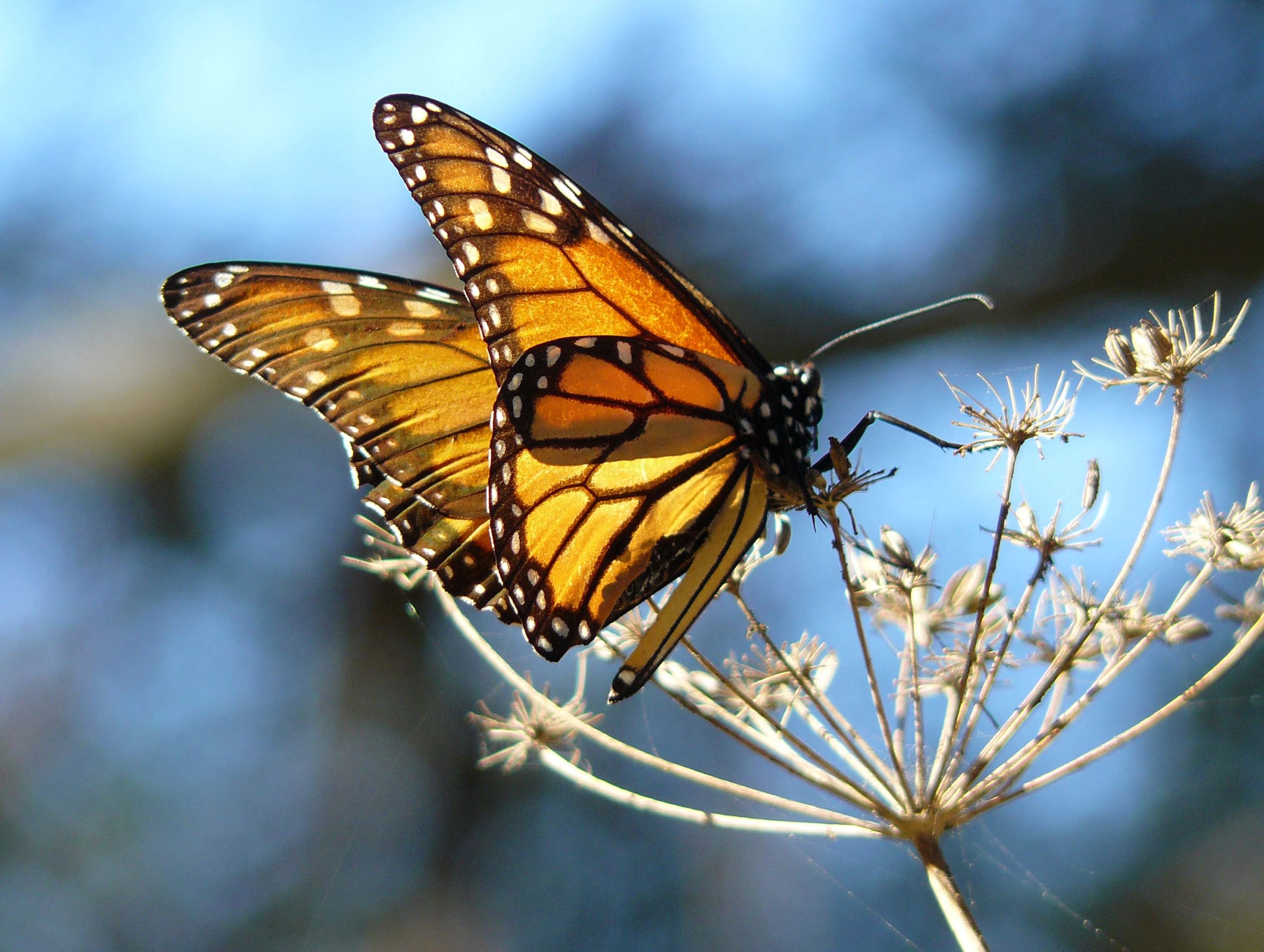 By Camille Parguel (member of RIVERS and PhD researcher)

Open science aims to bring academic knowledge into the hands of society through a more accessible research process. But what are the challenges of applying this new paradigm to disciplines such as anthropology? Here are some reflections on this debate, which somehow relate to collaborative digital archives, coastal communities’ adaptation to climate change and sexy storytelling.

In 2019, a team of Greek school students discovered a new exoplanet. Building on data made available by a NASA space mission, the teenagers detected a planet in orbit around a distant star from the Kepler space telescope. The students’ astronomical discovery highlighted the benefits of open science, a movement ‘aiming to make multilingual scientific knowledge openly available, accessible and reusable for everyone’ (United Nations Educational, Scientific and Cultural Organization 2021). Although the new paradigm of open science has become prevalent in the basic and applied sciences, its relevance for the social sciences is controversial. Here, I reflect on three challenges that open science poses to a particular discipline in the social sciences: anthropology.

‘As open as possible, as close as necessary.’ The motto of open science applies to each stage of the research process, from data collection to methodology to sharing of findings. Let us begin with data accessibility, allowing any member of the academic community to repeat an experiment and test its initial results, or build upon the observations collected by others for an original piece of research.

Anthropology has long been concerned with discussions related to collections in natural history museums and ethnographic exhibitions, which sometimes led to the restitution of objects ‘gathered’ during ethnological missions (Corsín Jiménez 2018; Heintz 2021). Ethnographic data have extended from fieldnotes and museum pieces to include e-mails, text messages and posts on social media (Murphy, Jerolmack, and Smith 2021). Even though the current digital age makes it easier to share data with the actors that co-produced it, an ethical dilemma arises: to what extent can such information be made public?

A solution is to maintain confidentiality through the anonymisation of interview transcripts or the release of carefully chosen data (Murphy, Jerolmack, and Smith 2021). Some anthropologists prefer to limit data sharing to the level of the community involved in the project (Heintz 2021). A number of collaborative digital archives have also been created by anthropologists as a way of responding to ethical demands (Corsín Jiménez 2018). Among them, ‘Digital Himalaya’ preserves ethnographic materials from the Himalayan region and makes them available to the descendants of the people from whom such resources were collected. In the same vein, ‘Mukurtu’ enables indigenous communities to share their cultural heritage using a set of ‘traditional knowledge labels’ that reflect their own protocols for circulating data.

In any case, sharing anthropological data implies a particular responsibility on the part of the researcher to agree on a data governance plan with the participants in the project, who co-produced the materials. If data is archived in an open repository, the selected platform should comply with the needs of the specific project, such as the possibility to renegotiate the status of the ethnographic resources.

Citizen anthropology – the challenge of participation

At the end of each summer, the monarch butterfly leaves eastern North America and flies south. Its final destination has long remained unknown, until the citizen science initiative ‘Monarch Watch’ began to track its journey. In 26 years, volunteers have tagged more than 1.5 million butterflies, documenting their flow of migration from Canada to Mexico.

Monarch Watch is just one example among the many citizen science programmes in the life sciences, ranging from fauna and flora observation to public health. Eighty per cent of citizen science initiatives are confined to the natural sciences, although interdisciplinary projects are increasingly borrowing from the social sciences as a way of addressing laypeople’s diverse voices and the richness of local knowledge (Tauginienė et al. 2020). ‘Rethinking home’ is one of the few citizen anthropology initiatives I came across while browsing the internet. Led by Jennifer Newell, the programme connected coastal communities affected by climate change in New York and Samoa through a series of workshops focusing on the residents’ relationship to their home. Conditions for cultural exchange were created between both groups: New Yorkers benefited from Samoans’ experience of helping each other as neighbours, while Samoans built on New Yorkers’ alternative construction methods (D’Costa 2014).

Citizen anthropology can innovatively complement ethnographic research, but why are there so few such initiatives? Even though citizen science is deeply rooted in the history of the natural sciences, with farmers and agricultural organisations collecting phenological data for centuries, the emergence of the social sciences was marked by elite-centred debates that left little room for public participation. At present, researchers in the social sciences may experience practical challenges in engaging in citizen science, related to the difficulty of mobilising groups engaged in the social (instead of natural) lay sciences, the management of data based on human observation (rather than collected through technical devices) and ethical imperatives (Heiss and Matthes 2017).

Take a 150-page book and a post on social media. Which of them will you most likely go through in full? Anthropologists are known for their taste for monographs, but busy readers may stick to the second option.

Speaking of academic publications, the format is particularly important as it determines the audience for the findings presented. Open science addresses the issue of dissemination from the perspective of access to research papers. The open painter’s palette ranges from black (documents accessible through illegal digital platforms) to diamond (publications available unconditionally through funding from academic institutions). Intermediary publishing shades include green (in a subscription-based journal with immediate or delayed open access), bronze (on a publisher page with immediate open access but no clear license) and gold (in an open-access journal with immediate open access) (OpenAIRE n.d.).

As varied as the nuances of open access are, they have their limits for anthropological knowledge production. At the time when anthropology gradually became ‘a global science’ (Heintz 2021), the beloved monograph was replaced by a squeezed and rigid format: the English research paper. Unfortunately, open access does not help decipher the corresponding esoteric language, which mainly speaks to a specialised public. Neither does it prevent some well-known academic publishing giants from pursuing their juicy business, nor does it give a chance to the readership to be a partner rather than a mere recipient (Dallemagne et al. 2015).

But there is still some room for creativity at the border between academia and the lay world. ‘Allegra Lab’, a collective of anthropologists and other academics, provides such a space for intellectual innovation on the margins of mainstream research publication. Besides book reviews and essays, the website experiments with a virtual museum of ‘weird stuff’ and fieldwork playlists. Allegra Lab’s co-founders Julie Billaud and Miia Halme-Tuomisaari believe that anthropology ‘is actually “sexy” and relevant to people outside the scholarly world’ (Golub 2014). Does this mean that we had better close the cap on the black, green, bronze, gold and diamond paint tubes? Let us rather use the colourful tools of open access and combine them with less conventional formats such as the blog post and the tweet, to attract readers within and beyond academia.

So where do we go from here? Beyond the discussion on the benefits and challenges of open science, there is a need to reflect on how we as anthropologists, social scientists and academics in general produce knowledge. Open data, citizen science and open access are powerful tools that we can creatively combine with collaborative data archiving, participatory modes of research and popular science practices. Maybe open science is no magic wand, but rather an invitation to revise our formulas for knowledge production within and with society.

Camille is a member of RIVERS and a PhD researcher at the Social Sciences Department of Carlos III University of Madrid. Her doctoral research covers RIVERS work package C ‘Human rights treaty bodies: water knowledge and norm production’. After attending the course ‘UC3M ticket to open science’ at Carlos III University of Madrid (May – June 2021), Camille first published her blog post on https://www.curatore.es/uc3m2OpenScience/todos/doing-open-science-in-anthropology-what-challenges.

United Nations Educational, Scientific and Cultural Organization. 2021. ‘Draft Recommendation on Open Science on Its Way to Final Adoption’. 14 May 2021. https://en.unesco.org/news/draft-recommendation-open-science-its-way-final-adoption.